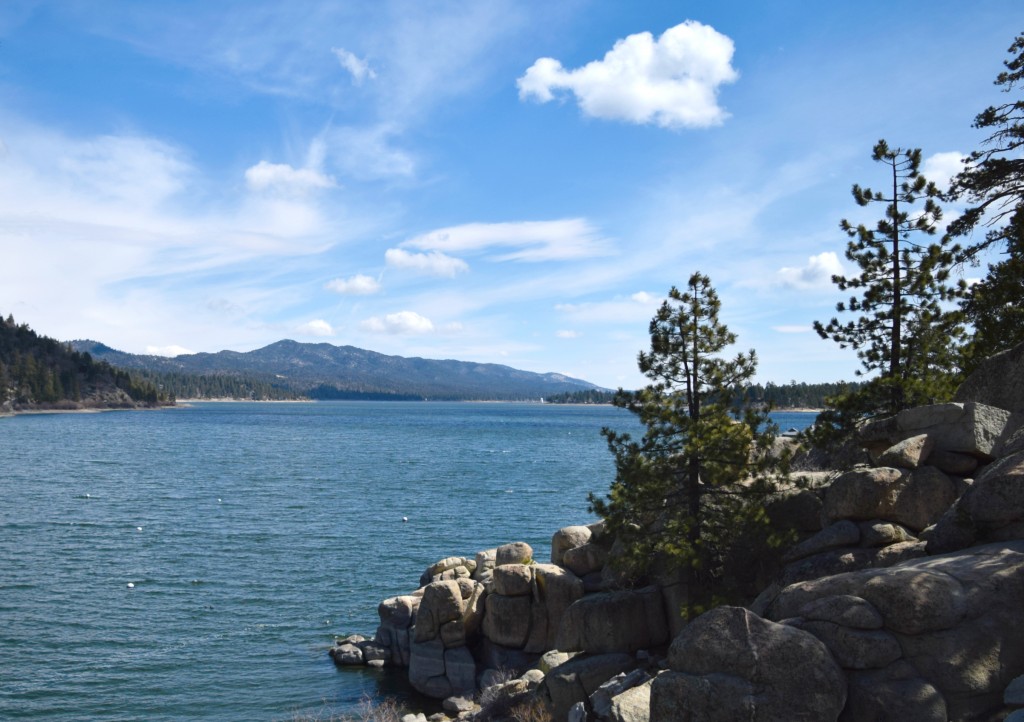 Staying in a Big Bear Lake cabin rental has been a vacation destination for over 100 years.  The beautiful scenery, mild weather, four seasons and fabulous vistas make it a welcome retreat from the heat of the desert below.  Many streets and parks were named after the founders and explorers.  Here are 10 fun Big Bear Lake facts for your next trip.

1.)  In 1845 Benjamin Wilson came to the area looking for Native Americans who had been raiding ranches in Riverside.  He and his 22 men found and killed grizzly bears that used to call the valley their home.  At the time, the natural water reservoir now known as Baldwin Lake was filled and Wilson named the area “Big Bear Lake.”  The Serrano Indians called the area Yahaviat, or “Pine Place.” Logging became an important industry for building cabins in Big Bear Lake.  Unfortunately, grizzly bears quickly became extinct, but brown bears still roam the area. 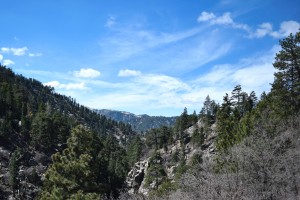 2.) Gold was first discovered in the mountains in 1850, but mining in Big Bear Valley didn’t begin until 1859 at Starvation Flat and continued into the 1920’s.  Bill Holcomb started Southern California’s largest gold rush in 1860 with a mining camp, increasing the area’s population to over 1,000.  The first road into Holcomb Valley was completed a year later and started near Hesperia.

3.) Big Bear Lake is a man-made lake.  In 1883, plans were made to construct a rock damn that would hold water to supply the citrus farms in Redlands.  In 1885 the first water began to flow after 26 months of planing and construction.  The first damn held 25,000 acre feet of water.  The new damn construction was started in 1910 and was completed a year later.  It nearly tripled the amount of water in the reservoir.  It wasn’t until 1924 that a road was built over the damn to connect the village road leading into Big Bear with the Rim Of The World highway. 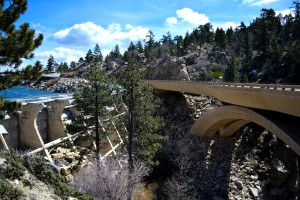 4.) The first hotel was opened in 1888 just south of today’s Village by  Gus Knight Jr. and John Metcalf Jr. The hotel could accommodate 30 guests.  Over the years it was bought and sold and grew to have over 64 cabins and became known as “Pine Knot”.  By 1925, over 200 resorts were serving the area.  Today, cabin rentals in Big Bear Lake are one of the top industries and the main street through The Village is Pine Knot Ave.

5.) The first motion picture was filmed and completed in Big Bear Valley in 1911.  Five large wagons were used to haul sets and scenery up the mountain from the railroad.  The production company stayed for two months.  Since then many major motion pictures have been filmed here, including scenes from Gone With The Wind, Old Yeller, War Games and Better Off Dead. 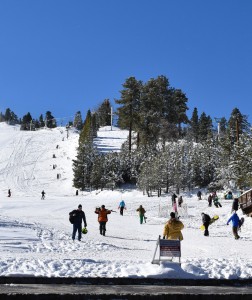 7.) In 1920 about 100 people stayed in the area through the winter.  In 1925 skiing was introduced to the Big Bear Valley.  In 1938, the first toboggan run on “Lynn Hill” was completed with a sling lift that could drag up to 10 people to the top of the hill.  Winter activities allowed lodges and cabins in Big Bear Lake to stay open all year.  Big Bear Lake became known as a 4 season resort town. (Read MORE on why Big Bear Lake has the best skiing in Southern California).

9.) Thanks to it’s elevation at over 7,000 feet, as well as it’s proximity to major cities like Los Angeles and Las Vegas, Big Bear Lake is a popular place for athletes to train.  In the 1990’s it was a famous place for boxing champions like Oscar de la Hoya and Mike Tyson.  Today, MMA fighters like Tito Ortiz frequent the area, as well as professional bike riders. Big Bear Lake will host a portion of the timed trials for the Amgen Tour in 2015. 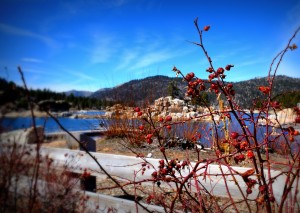 10.)  Big Bear Lake has some of the best weather in Southern California.  Average temperatures range from 21 degrees at night to 82 degrees during the day, with July typically being the warmest month.  The highest temperature recorded was 94 degrees back in 1998.  Most vacation rentals in Big Bear Lake do not have air conditioning and feature fireplaces for added warmth on chilly nights.