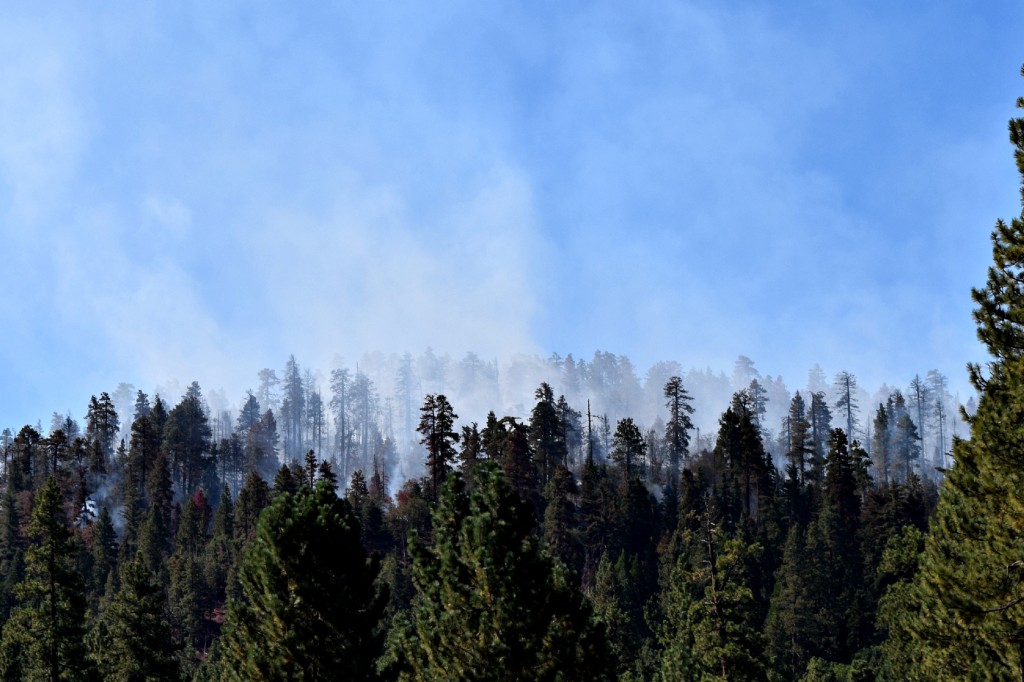 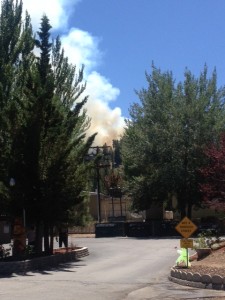 A fire was reported around 12:25 p.m. today, shortly before staff noticed smoke on the mountain behind the Destination Big Bear office.  It is yet to be determined the cause of the fire and firefighters and safety personnel were immediately on the scene.  Voluntary and mandatory evacuations close to the fire were issued to ensure both the safety of residents and to allow unobstructed access to the fire area.

Firefighters are challenged by the steep, rugged terrain and rolling debris.  Heavy air support has been used including 4 helicopters, an air attack plane and 6 water tenders.  Countless drops of fire retardant and water has been dropped on the area to squelch the flames and keep the fire from spreading. 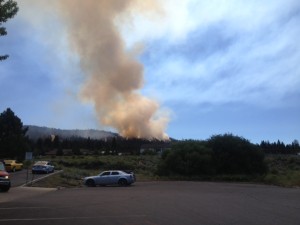 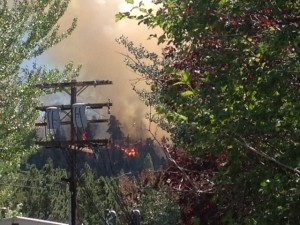 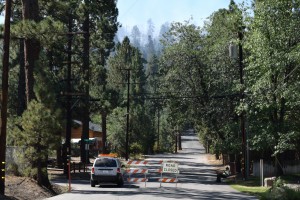 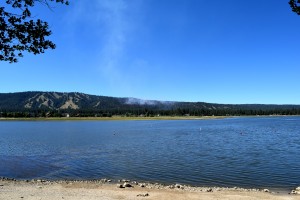 For the most accurate and up-to-date information including containment and road closures, visit: