Mick Adams & The Stones: Tribute To The Rolling Stones

15junMick Adams & The Stones: Tribute To The Rolling Stones

Stay with Destination Big Bear and receive 20% off your general admission tickets at The Cave! Click or tap on "learn more" below 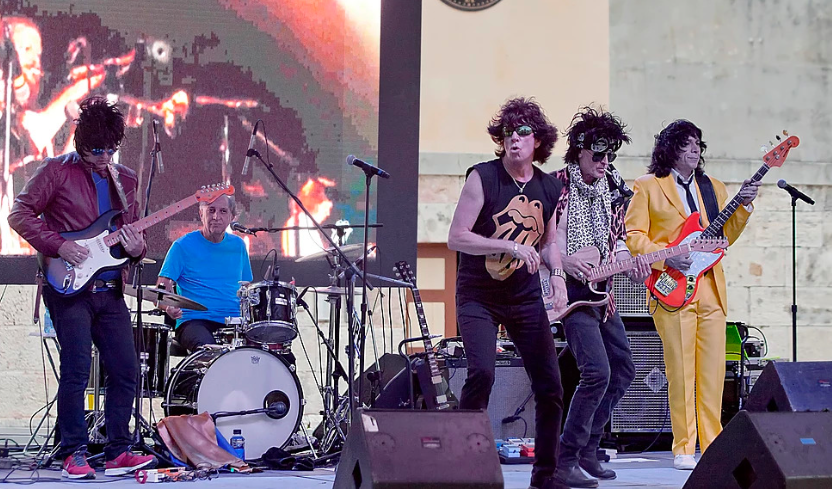 Stay with Destination Big Bear and receive 20% off your general admission tickets at The Cave!

Click or tap on “learn more” below to purchase your tickets!

~ ABOUT MICK ADAMS & THE STONES: TRIBUTE TO THE ROLLING STONES ~

Named one of the top ten tribute shows in the world by Backstage Magazine,  Mick Adams and The Stones are an authentic recreation of The Rolling Stones, live in concert and are endorsed by former Atlantic Records President, Jerry Greenberg, Ryan Seacrest and Mark Cuban. According to Jerry, “It doesn’t get any closer than this!” Mick Adams and the Stones have been featured twice on National television’s  “The World’s Greatest Tribute Bands” and were the only band chosen by Mark Cuban out of seven seasons of the television show to perform a private concert for Comcast-NBC Universal, and AXS Television in January 2017. Mick Adams and The Stones are an exciting seven piece band, featuring look alike performers, multiple costume changes, full choreography, and an all new media show. They usually perform a ninety minute to two hour show covering every era of The Rolling Stones fifty five year career in casino showrooms, performing arts centers, event centers and theaters.  While the band is located in Southern California, they travel and perform Internationally as well. Venues they’ve played include Spotlight 29 Casino, Wild Horse Pass Casino, Pala Casino, AJ Performing Arts Center, Desert Diamond Casino Event Center, Cannery Casino, Las Vegas Hilton, Gexa Energy Center, Texas Station Casino, National Grove of Anaheim, etc.  The energy is through the roof and the band will have you dancing and singing along with every song. They have become best known for pulling out the theatrical stops by raising the bar for all Rolling Stones impersonators with their wide array of musical and vocal talents.